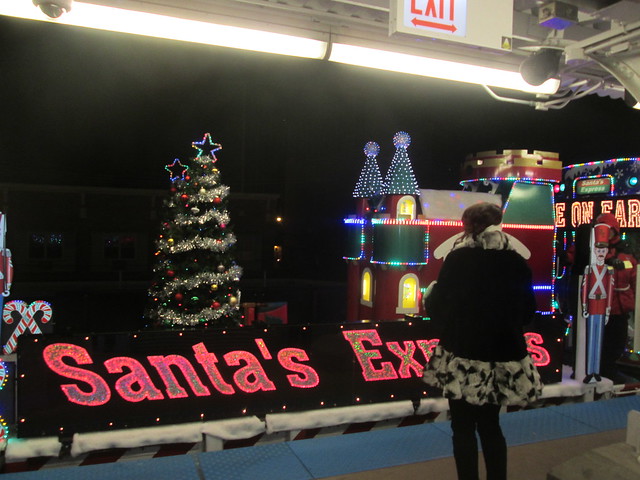 Rick Perlstein has an article in The Nation titled "Chicago and the Municipal-Industrial Complex." It covers the company behind the Ventra card, Cubic.

Since IMO, when I've looked at it(and if you asked me, the FAQ on the official Ventra website isn't good IMO), it hasn't answered my biggest question about it. Can you use it and temporarily go to a minus balance on your Ventra card, if you're riding a CTA bus or Pace bus? I know on the Chicago Card(still am using it, since Ventra's been lazy and my new card STILL hasn't arrived. thinking of just saying eff waiting, and getting one for myself, then go through the hell of registering it), you're allowed to do so, but not if you're riding the L. Thanks.

BTW, sad this board has totally died off. Since it was great years ago, for CTA related discussion and topics.

So this community has been rather dead for awhile. I'd like to bring it back to life for a quick question: If my Chicago Card has a negative value, can I still use it for a transfer? Would I be able to just throw a quarter in the box?

From what I've gathered from Googling, it seems like this would be possible, but I thought I might see if any actual people have an answer. The CTA's own websites were not too helpful. It does seem like I can *only* get a transfer once it's negative, not a whole new fare.

(I wasn't keeping close enough track and it got down to $1.75 on my way home tonight, unfortunately. I don't live near any L/subway stops and my route will be all buses tomorrow so I won't be able to charge it unless I go several blocks out of my way after the first bus to get to a train line.)

Hey, as long as I'm here: Who's excited for the holiday trains? I love when you're just waiting for a train to get somewhere and one of them shows up--surprise Santa train!

shameless promotion for this awesome new show my friend is in:

Anyone who has spent some amount of time riding Chicago’s trains and buses has collected stories from their travels.  The EL, after all, is a public square - a place where Chicagoans from all backgrounds come together.  Using the words of actual Chicagoans’ transit adventures over the course of a dramatized train ride, the Waltzing Mechanics seek to reflect how we move as a community through this dynamic city.

Also, every night a randomly selected member of the audience is invited to tell their own El Story. Enjoy!

NOTE: This plan is still unfunded and in the planning stages - so there is time to submit your objections. Here's the information on meetings and contacts.

So the CTA made a big deal of presenting plans which would spend billions that they don't have on an "upgrade" of the Red and Purple lines (read flashy building projects of dubious necessity) which would result in stations being closed. Yes, the latest brilliant vision of the CTA involves spending huge amounts of money to take away service. The only good part is that at this point it's purely wishful thinking on the CTA's part.

Problem is these little flights of fancy by the CTA aren't free. These proposals take time and money, and chasing grant money for them instead takes resources away from more pressing projects.

Here's a thought: direct all fund-raising to maintaining the entire existing system and even restoring or increasing it in under-served areas. Instead of another overpriced superstation in Evanston, why not fix the growing number of broken escalators all over, or add another 24 hour bus lines on the south side?

I understand the system is set up to award funds to defined new projects rather than general upkeep, but partially because groups like CTA keep supporting such a focus. Those with power seem to prefer big projects with high profile goals as if reliable long term service at a stable price isn't a worthy achievement. Except for the part where the CTA hasn't gone more than a year or two without a doomsday crisis in a decade, let alone provided decent service every day.

Well-scrubbed young urban professionals
Queue politely when the train pulls to the platform
Standing back to let passengers alight, before new ones board
Then taking the first available seat
Or offering it quickly to the aged, the visibly pregnant or the infirm
Talking quietly among themselves, texting or listening to white earbuds at muted volume
Or silently reading Kindles, the paper, a magazine or a novel
Perfectly courteous and respectful citizens
Never littering, harassing or otherwise being disagreeable

It is not usually that way on the Orange, the Green, the Red, Pink or Blue Lines; their riders more bestial
Tellingly:
At the end of the work week, the Brown Liners go to places served by those other lines to have fun.

/Ode to the Brown Line, and its social symbolism

The groundbreaking ceremony for the new Oakton station on the Yellow Line is scheduled for June 21, at 10:30 AM to be held in the parking lot on the northwest corner of Searle Parkway and Skokie Boulevard.

This morning as I arrived at the Logan Square Blue Line station, I encountered hundreds of passengers streaming out. The line had shut down and everyone was intructed to disembark.

After that, it was chaos.

The speaker system at the Logan Square has been broken for some time, rendering all announcements inaudible.

The CTA station rep was useless. People stood patiently while he shugged smiled, fiddled with his radio and mumbled. Despite the CTA having intercoms, radios, computers and phones, he seemed utterly bewildered. I don't know if he couldn't contact anyone, if no one knew anything.

I asked if the entire line was shut down, he mutter, "Um, guess so." That was it. No active attempt to engage passengers, no telling people unfamiliar with the stop where to go.

Later I found out a "medical emergency" shut down the line between Montrose and California. It would have been extremely helpful if anyone at Logan had known they get back on at the next stop, but there was no way to find this out.

The CTA help line was swamped and, according to someone who got through, had no information except there was a shutdown. The same was true for website alert until around 9AM.

Passengers shouldn't have to rely on calls and websites, it should be available at the station. If there's only going to be one employee per stop, they should have decent communication protocols, including how to instruct a crowd where to go.

I suspect the shutdown procedures are geared to a larger interconnected staff used to improvising with the unexpected and a lack of clear information. Now it's one person with apparently a very limited job description who will only do the minimum.

cosmicvar_feed (and what makes it particularly appropriate is that the author talks about taking the buses around the University of Chicago): "Buses are bosons, and they condensate", which is about the tendency of buses to group together.

I was tempted to title this "We're All Bosons On This Bus" but then wondered if anyone would get the joke. Especially if the joke doesn't quite fit.